Amy's Lasagna - Better than anything you'll find at Carrabba's 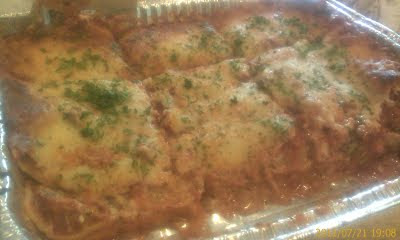 I've worked at 3 restaurants in my career as a Restaurant Manager. Two of them had Lasagna on the menu. The problem with restaurants having Lasagna on their menu is that they want every dish to go out the same.  It has to look the same, smell the same, taste the same and hopefully end up in the same patrons belly so they recommend it to their friends. My Mom's and my Wife's Lasagna, even though it is always delicious, never tasted exactly the same. Some layers had a little more cheese than others, or a little less meat than others or some of the cheese on top had a little more carmelization than other parts. Then when you try to dig out a piece it always ended up looking like Picasso's take on Lasagna; Noodles shooting this way, meat trickling out that way, and cheese oozing all over the place loosely holding the dish together. Attributes that would make any restaurant Manager of Chef cringe and yet at the same time make my mouth water.  There is no plate picture because it would not do it justice.
Cook Meat & Onions with Garlic Salt until brown. 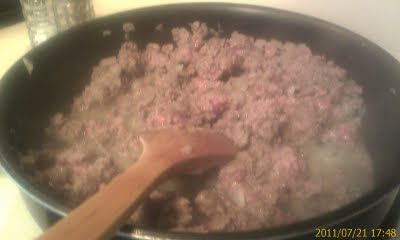 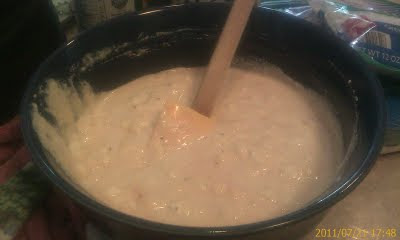 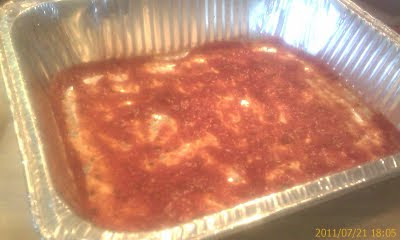 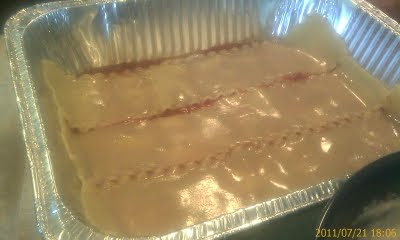 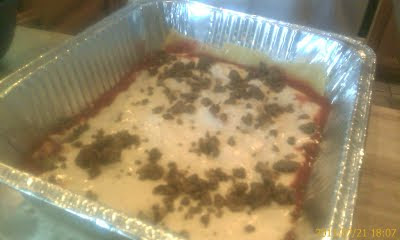 Fifth Layer - Shredded Mozz
Repeat until you are out of Layers and End with, from the bottom - Noodles, Sauce, Mozz & Parm 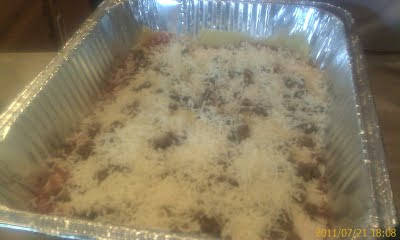 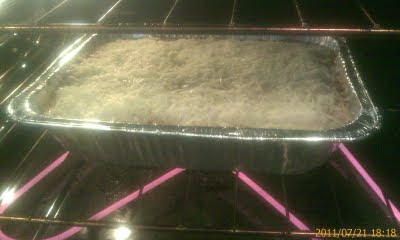 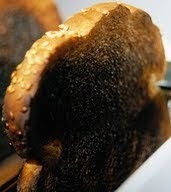